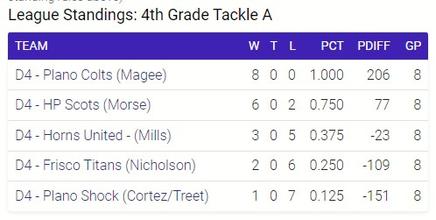 If you are interested in purchasing Plano Colts gear to show your support, reach out to Coach Cortez (mark.a.cortez@hotmail.com).  He sells customized polo's, hoodies, back packs, tank tops, and jerseys at great prices. 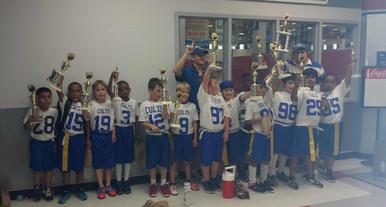 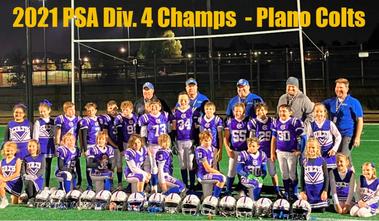 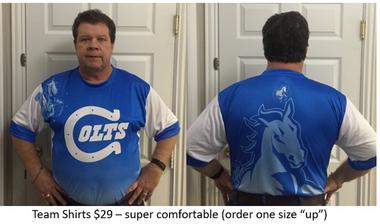 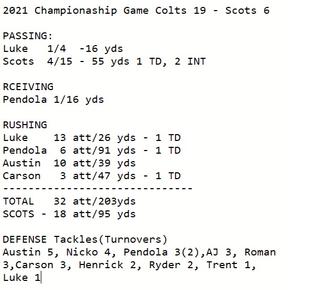 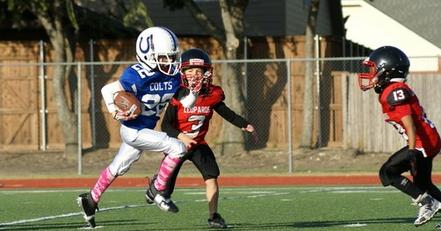 We are  NOT SELECT - we take anyone willing to work! 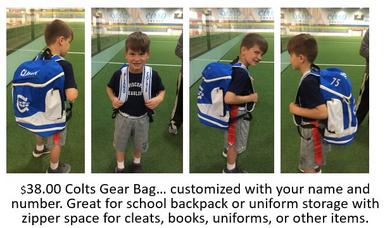 Indoor Flag is next up! FMarch thru May at PSA

​Enjoy your off season and the Holidays boys! The coaches will come knocking again in January to see who is back for PSA indoor Flag!

Colts have been winning flag football Championships for a LONG time!

Football is a great teaching tool, and a great game--- I hope your son finds being a Plano Colt makes a positive difference in his life, long after he hangs up his cleats.
- Coach Magee

The Colts  4th Grade team finished a remarkable season, going undefeated with a perfect 8-0 record, and an amazing defense that was un-scored .

On Offense the team was just as impressive, with 206 points scored, setting a new team record, exceeding the 2007 team that had scored 196 points.

"Our league was in a large transition, with 3 of the top four teams in our division deciding to play in another league this year.  The Lions, Knights, and Charger teams were replaced by 4 new teams, who - while athletic, were all in their first season of competition as a tackle team"  stated Head Coach Keith Magee.

​          "It was easy sledding the first few weeks while teams were feeling themselves out, but both the HP Scots (6-2-0) and the Horns United  (3-5-0) both gave us fits the second time around.  The rematch against Coach Morse's Highland Park Scots was a true nail-biter that ended 6-0 in our favor - but could have gone either way.  Twice their team drove inside the 10-yard line, and both times we held them out."
This was the first team under the Colts banner to ever finish unscored on... and even including the playoffs, we only gave up 6 points all season... The coaches and parents are all so proud of what our boys accomplished!

Colts  19 v Scots 6 in D4 Championship
(Updated Nov 18, 2021)
The Plano Colts capped their season in fine style, with a game that was much tighter than the final score might indicate.

For the 9th time in 10 games, the Colts offense scored on their first offensive drive of the season, establishing a lead they would never relinquish.        Throughout the game, bruising line play  by "The Goons" (Nash Charnock, Clinton Rayburn, Hank "The Tank" Jarrett, AJ 'Uber" Logan, Big Anthony Stern, Tyler Osterhaus, Levi Sheridan, Matthew "K-Gun" Kowalchyk, Trent Gotses and Stephen "Namaste" Koury) set the tone on both sides of the ball.​
The first score came after Luke Pendola took a crucial 3rd and long pass from quarterback Luke Pressley 16 yards for a first down.  The very next play Carson Anderko took a toss sweep the distance of 39 yards for the TD, followed by Pressley's QB sneak for the extra point and a 7-0 nothing score.

After the defense forced a Scots punt, the offense went right back to work, moving the ball steadily against a stiff Scots team determined to shut down Austin McGinnis from going wide right as he did in the earlier rematch game. This created space on the other side, which Pendola exploited on a 55 yard TD run behind a great line block from Anthony Stern and Hank Jarrett.  the 13-0 score stood until the next Scots possession.

Sensing the game was getting out of hand early in the 2nd quarter, the Scots began throwing with the impressive arm of Doc Holloway.  The Scots finally put the ball in our end zone for the first score of the season that came on a slant pass to cut the lead to 13-6.

Later in the 3rd quarter Pendola came up with his second interception of the day, created by a tenacious pass rush from Nicki Corwin and Henrik Blersch.  the offense then began a long time-consuming drive.  After a 16 yard TD run by Austin McGinnis was called back for holding, the drive resumed, ending on Pressley's third-down QB Sneak from the 1 to ice the score at 19-6.
​     The final quarter was a game of Air Raid by the Scots, with Anderko, Ryder Reese, and Roman Adams taking turns on the defense making key stops to break up passes or to stop long gains.​

The offense took the ball back in the final 2 minutes and after running three plays to gain a first down, Presley took a knee as the clock expired.